Seinäjoki University of Applied Sciences is a multidisciplinary institution of higher education and an efficient actor in education and research, development and innovation (RDI) in the region of South Ostrobothnia in West Finland.

Read more on what SeAMK has to offer!

Research, Development and Innovations at SeAMK 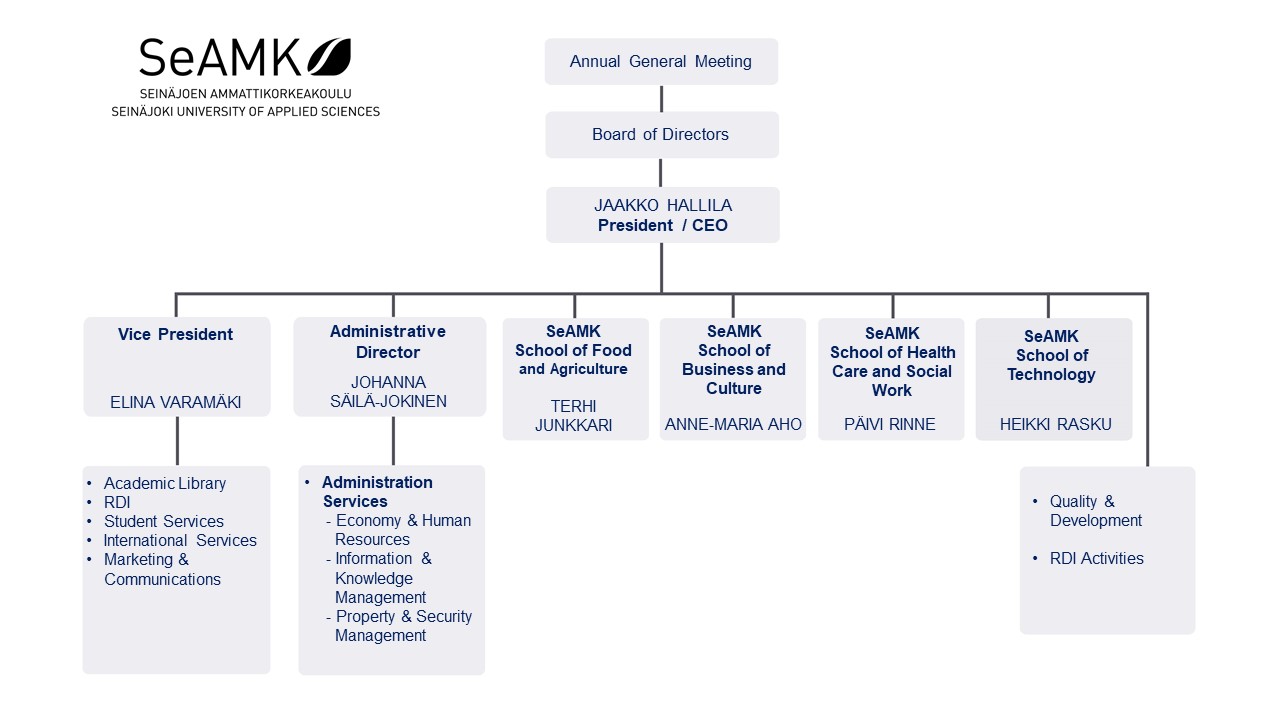 The mission of SeAMK is to increase know-how, competitiveness and welfare.

In education and in RDI activities as well as in networks SeAMK has concentrated on the profile areas, which are:

These areas of expertise are being developed based on regional and international needs and our special strengths. 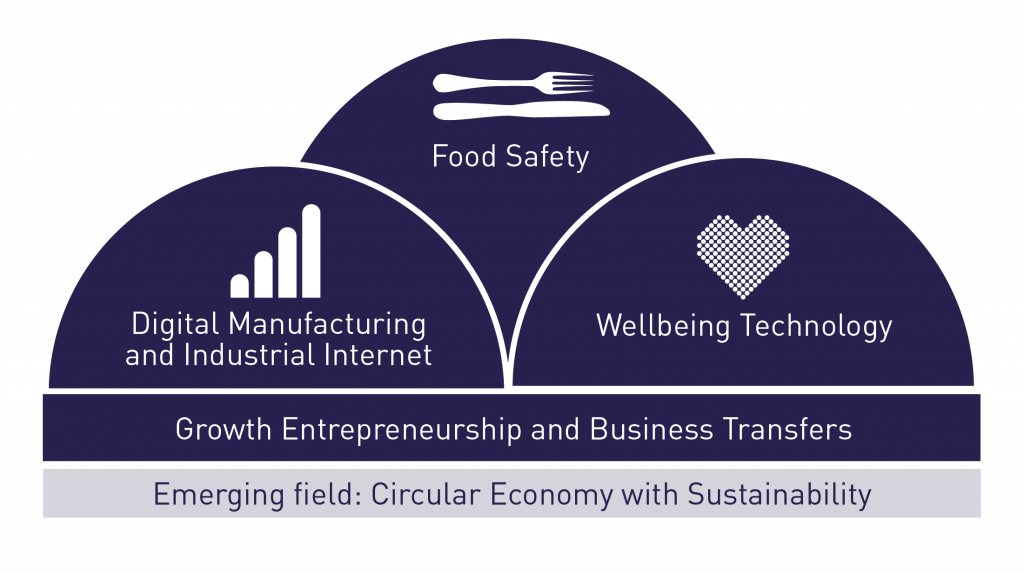 Internationalisation is a strategic aim of SeAMK. We have about 200 partner universities in 50 different countries all over the world. Active student and academic mobility, RDI projects and international conferences are a vital part of our international activities.

Research, Development and Innovation at SeAMK

The RDI (research, development and innovation) activities of SeAMK are focused on multidisciplinary core expertise areas, which are congruent with the strategic focal areas of the University Consortium of South Ostrobothnia. The aim of the RDI activities is to support business operations requiring high-level expertise. The volume of annual outside research financing is about 5 million euros. Every year, more than 90 people contribute to the RDI activities of SeAMK.

(This webpage contains document files published before 23.9. 2018 (e.g. Word, PowerPoint, PDF) as well as videos published before 23.9.2020 that are not covered by the Digital Services Act. These files and videos may be in an inaccessible format because they are not needed to handle an unfinished matters and are not essential for online transactions. This webpage also has inaccessible files.)

Any cookies that may not be particularly necessary for the website to function and is used specifically to collect user personal data via analytics, ads, other embedded contents are termed as non-necessary cookies. It is mandatory to procure user consent prior to running these cookies on your website.

Undefined cookies are those that are being analyzed and have not been classified into a category as yet.

Advertisement cookies are used to provide visitors with relevant ads and marketing campaigns. These cookies track visitors across websites and collect information to provide customized ads.

Analytical cookies are used to understand how visitors interact with the website. These cookies help provide information on metrics the number of visitors, bounce rate, traffic source, etc.

Performance cookies are used to understand and analyze the key performance indexes of the website which helps in delivering a better user experience for the visitors.

Other uncategorized cookies are those that are being analyzed and have not been classified into a category as yet.

Save & Accept
Powered by